The Ranger is a Physical based character. Who focuses on fast attacks, giving all of their physical attacks Quick. Allowing them to strike before their opponent. They work incredible well with high damage physical cards, or cards that naturally have Quick on, as their damage is increased thanks to Ranged. 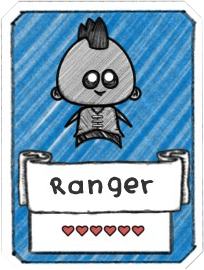 Ranged - All Physical attacks are quick, +1 damage if they were already quick. 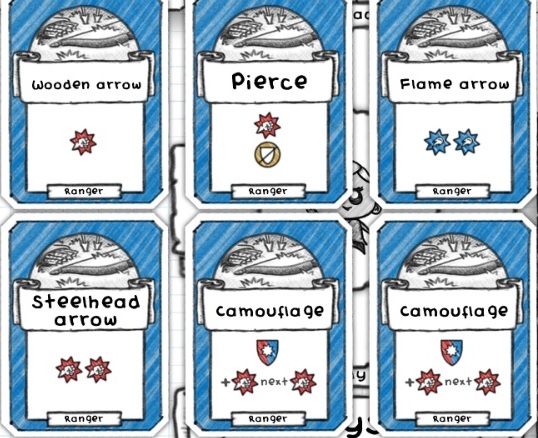 2x Camouflage - Block 1 any, +1 to next physical attack

You can stack 2 instances of Camouflage to grant your next physical card +2 damage, (e.g. Pierce for 3 unblockable damage).

The Ranger is a great hero type. Making all physical attacks quick is a life-saver, and will allow you to win many battles. However only really pays off on when it kills an opponent - otherwise, quick is no better than non-quick. So early in the battle, use up your magical damage. Save big physical damage, or unblockable physical damage, for the knockout.

Use cards like 'Camouflage' to build up that knockout punch. It's also very handy against opponents that have Bulwark, or are Brittle, or have Fury.

Your ability also gives +1 damage to cards that are already quick, which makes middling cards like the 'Ruffled Shirt' or the 'Crossbow' much more appealing.

However, be careful of the 'Cursed Bow'. It grants Ranged, which you already have, at the price of Decay: it's rarely worth taking.