The Barbarian fights by sacrificing HP to deal a high amount of physical damage. Thanks to a 2-turn invincible card and their passive, they can often take on higher level opponents (from level 1). They are very dependent on RNG early game, but excel in rush/time constraint missions (e.g. being chased by the Mimic Queen) thanks to Deathwish. 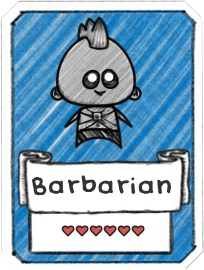 Deathwish - Gains +2hp when fighting an enemy of higher level. 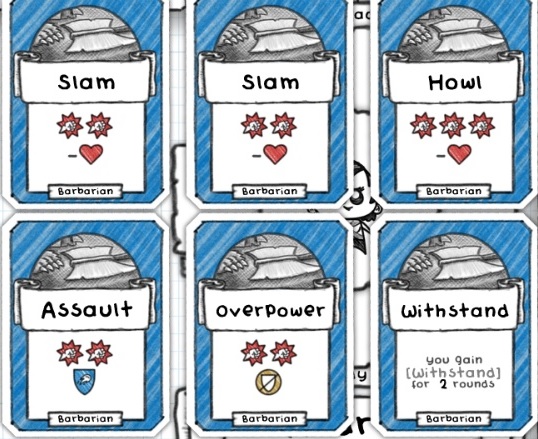 Withstand prevents you from dying, if you would go below 1hp you are instead healed back up to 1hp. This is active from the turn that you play it, meaning you have 1 more turn of "invulnerability" after that.

Withstand is your "finisher" move. Play it on a turn you are going to die, and you need to finish your opponent off the following turn.

Deathwish is a good way to get an early lead with loot items by attacking tier 2 monsters.