The alchemist is a magic based character. The alchemist naturally starts with the skill Blessing, which adds 1 extra HP to any healing cards.

Alchemist has the least hp of all second tier classes, 5 hp compares to 6. Because of his +1 healing passive, focusing to outlast any opponents. Strong in early to mid game but their usefulness falls off in late game as the opponents' damage increased to a point where +1 healing can't out heal.

Can be exceptionally powerful if item unlocks are purchased strategically, giving a better than average chance of raising the growth, arcane, and holy trees; raising healing ability to outpace monster damage. 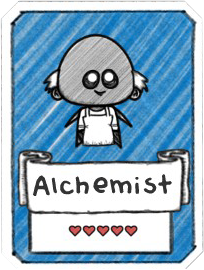 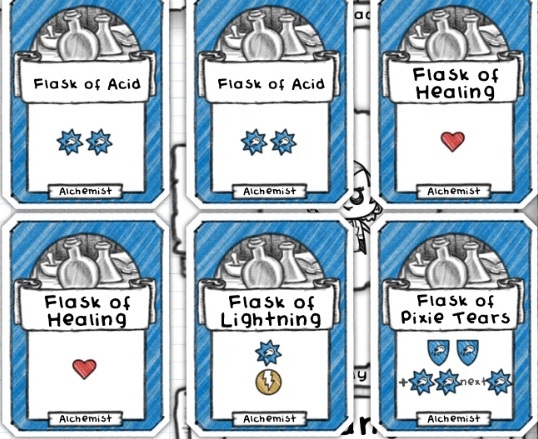